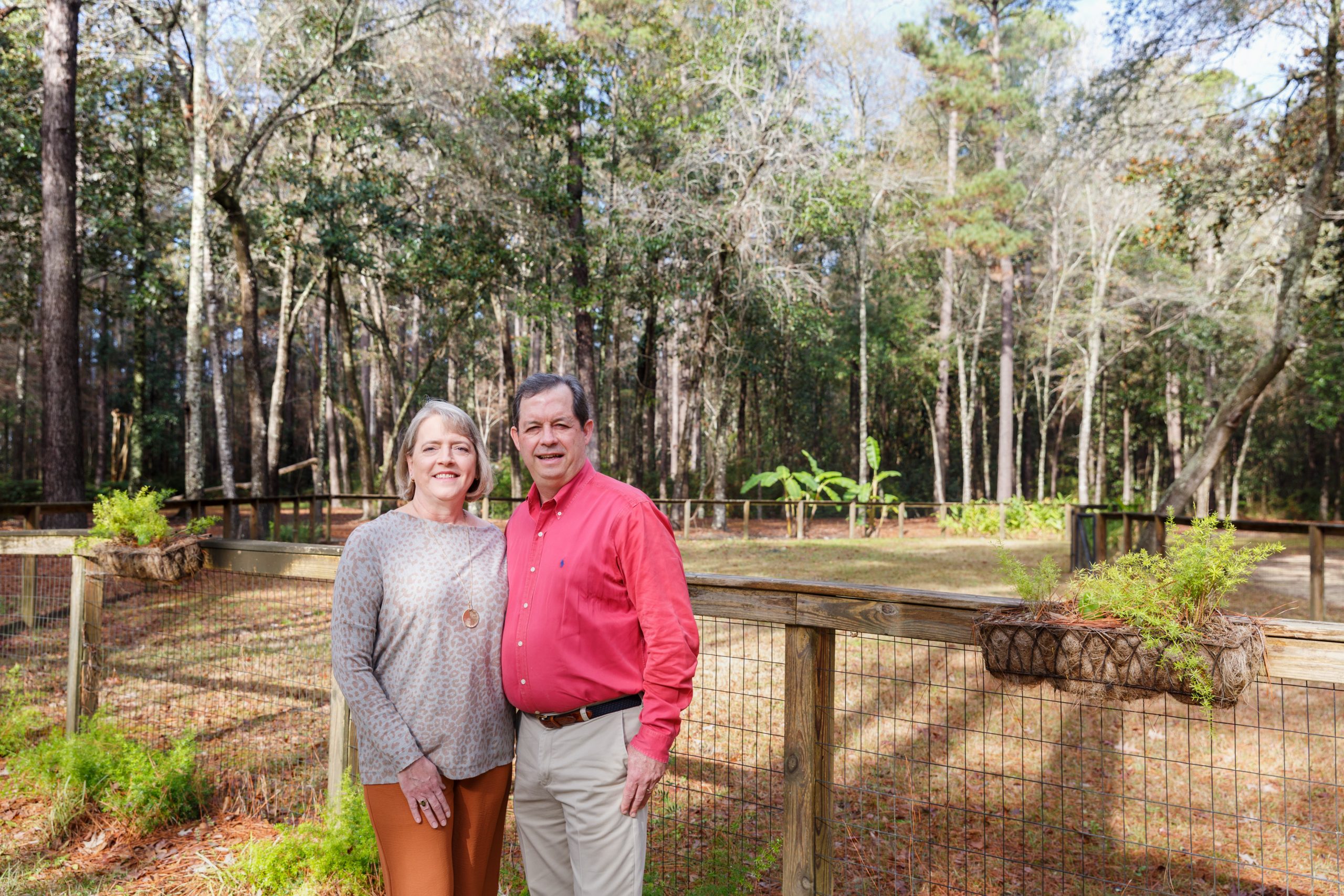 Robby Robbins has a career built on service to his community. It was instilled in him by his parents Doug and Nancy Robbins, but also in the bedrock of the towns he grew up in – Reevesville, Walterboro, and St. George.

These communities instilled in him a sense of a strong work ethic and a sense of civic pride and responsibility that has carried with him throughout his life. It was taught to him through the service of his grandfathers, Billy Moorer, a long-time magistrate, and Jack Robbins, the long-time St. George police chief.

Robby earned an undergraduate degree in political science from the University of South Carolina in 1984 and a law degree there in 1987.

After graduating from law school, he accepted an offer from attorney Jim Bell to return to his hometown of St. George to begin the practice of law. From 1987 to 1997, Robby and Jim were partners in the general practice of law and represented individuals and businesses throughout the Lowcountry.

In 1991, Robby married Mary Bryce LaRoche of Johns Island and their two children, Bryce and Lena, were born in St. George.

It was during his tenure in St. George, that Robby began civic service to his community. In 1993, Robby was instrumental in helping form the Tri-County Regional Chamber of Commerce. He later served as board chairman of that Chamber. In addition to his service at the Chamber of Commerce, he served as president of the St. George Businessmen’s Club and was a founding member of the Lourie Theater Corporation.

In 1997, Robby followed the career paths of his grandfathers, and left private practice to accept an offer from Solicitor Walter Bailey to become the 1st Circuit Deputy Solicitor for Dorchester County. Upon accepting the position, Robby and Mary Bryce moved from St. George to Knightsville.

As Deputy Solicitor, Robby was responsible for managing the day-to-day operations of the Dorchester County Solicitor’s office. He prosecuted violent crimes and significant drug cases. During his tenure as a prosecutor, Robby attained a 98% job conviction rate and participated in 5 death penalty trials which resulted in the ultimate punishment. In 2001, Solicitor Bailey promoted Robby to Deputy Solicitor of the 1st Circuit which is comprised of Dorchester, Orangeburg and Calhoun counties.

As Deputy Solicitor for the 1st Judicial Circuit, Robby oversaw the implementation of a case management system in Orangeburg county that resulted in a significant reduction in the backlog of cases for that county. In 2004, Robby was appointed 1st Circuit Solicitor by Governor Mark Sanford upon the retirement of Solicitor Bailey. He ran unsuccessfully for the 1st Circuit solicitor position in 2004 and returned to the private practice of law.

As Robby re-established his private practice, he continued his service in a number of different civic organizations in the greater Summerville area. He was a board member of Habitat for Humanity, Children in Crisis, the Dorchester Two Educational Foundation, and the Summerville/Greater Dorchester County Chamber of Commerce. He also served as board chairman of the Summerville Chamber and President of the Summerville Exchange Club. He has been recognized as a Paul Harris Fellow by the Summerville Rotary Club, a Bert Cicenia Award recipient by the Dorchester Children’s Center, and and Outstanding Young American by the South Carolina Jaycees. Robby has not limited his civic service to Summerville. He has also served multiple terms on the boards of the Charleston Regional Development Alliance, the Charleston Metro Chamber of Commerce, and the BCD Council of Governments.

For the last 16 years, Robby has engaged in the private practice of law, representing individuals and businesses in criminal and civil litigation. From 2007 – 2018, he managed his own law firm, Robert D. Robbins, Attorney at Law, at 110 North Main Street, Summerville. In 2018, he merged his practice with the firm of Thurmond, Kirchner & Timbes and they continue to represent individuals and businesses at 110 North Main Street.

After the voters approved the 2004 sales tax referendum, Dorchester County Council appointed Robby to the Dorchester County Sales Tax Transportation Authority. For the next ten years, Robby and his fellow authority members oversaw the construction of 22 road projects approved in the referendum.

It was because of Robby’s hard work and experience on the Sales Tax Transportation Authority that Senator Sean Bennett recommended that he serve as the First Congressional District Commissioner on the state’s Department of Transportation Commission. In 2016, Robby was elected by the First Congressional District Legislative Delegation to serve as Commissioner. In 2018, he was elected Chairman of the Commission and has been a key part of the process that has revamped the Commission and implemented a 10-year plan that has already improved the road and bridges in South Carolina.

During his tenure as DOT Commissioner, notable local achievements have been the construction of the Nexton Parkway Interchange and the Bear Island Parkway, nationally recognized safety improvements to Highway 61, and the permitting of Berlin Myers Parkway.

Robby plans to use the know-how gained through his career of civic and business leadership to get things done for District 97 and the State of South Carolina.