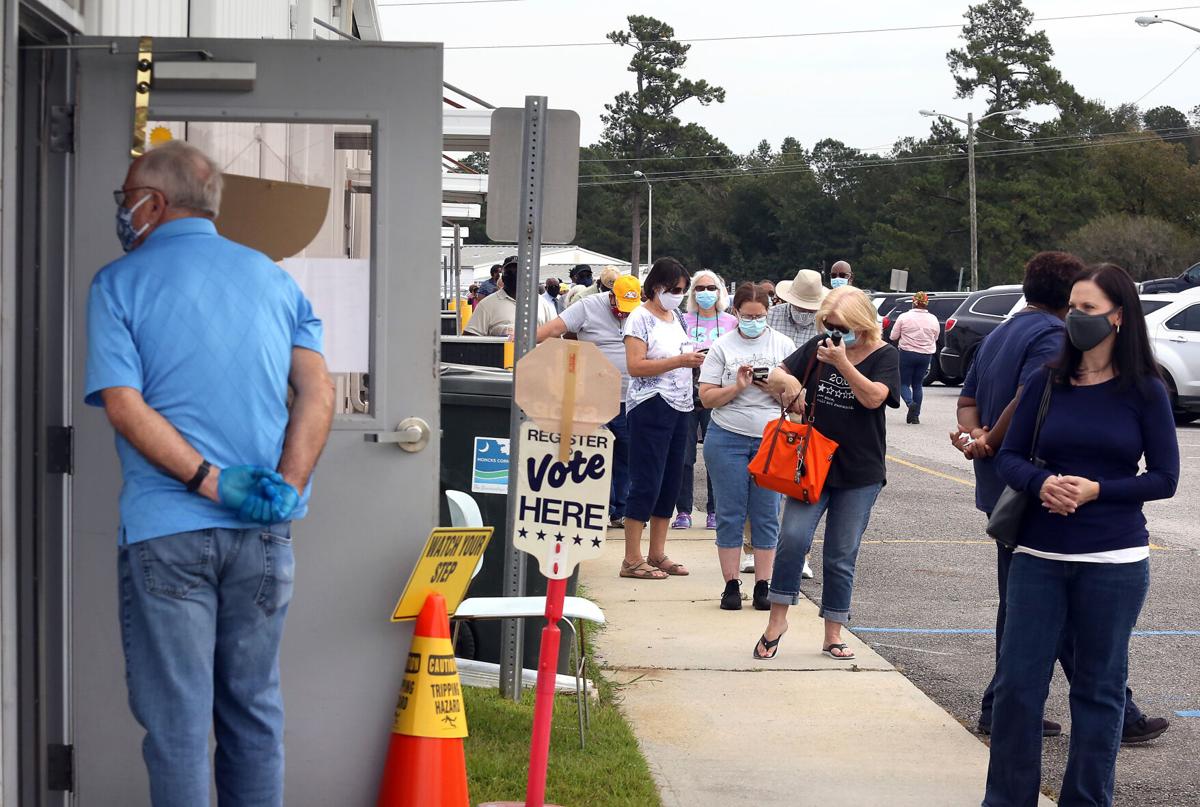 Two weeks of true early voting in South Carolina opens May 31, which means registered voters can choose their candidates in-person for the June 14 Democratic and Republican primaries without having to give an excuse.

Previously voters had to give a reason for voting early, such as being at school, work or out of town on election day. That restriction was done away with in the legislation signed into law by Gov. Henry McMaster on May 13, a day after legislators gave final approval.

Advocates of the changes have stressed that unlike in neighboring Georgia, where post-2020 election law changes brought national protests, South Carolina legislators worked together to pass a bill unanimously in both chambers.

Some counties hope to have multiple satellite early voting locations in place for November, when the hours must also extend. But for the primary, there won’t be as many options, partly due to the newness of the law. Primaries also don’t draw as many people out to the polls as general elections.

Under the new law, counties may establish up to seven total locations.

Election officials have welcomed the change.

“This law changes so much for the state of South Carolina,” said Charleston County Election Commission Director Isaac Cramer. “It makes voting so much easier and more accessible.”

For the primary, the Charleston office has only one voting location at his headquarters in North Charleston “but as we adapt to the new law and the amount of people that want to vote it will only become more efficient,” said Cramer, who’s also legislative chairman of the state Association of Registration and Election Officials.

Other counties, including neighboring Berkeley and Dorchester counties, are already offering several options for voters. Richland and Florence counties tie for the most early voting centers for the primary, at five each. Beaufort, Georgetown and Horry counties each have four.

“Our goal is to try and always utilize the library system,” said Rosie Brown, director of the Berkeley County Election Commission. “Historically it has been the most effective in constituents going to vote and knowing where to go.”

Hopefully this brings more constituents to the polls and vote, now that they have two extra weeks and no need to fill out an excuse on an absentee ballot,” she added.

The state Election Commission can be viewed at SCVotes.gov.

Among the Lowcountry sites available beginning May 31:

Berkeley County is using the county Voter Registrations and Election Office, 1003 N. Highway 52, Moncks Corner; the Hanahan library branch at 1216 Old Murray Court; and the St. Stephen library branch, 113 Ravenell Drive. Voting is available from 8:30 a.m.-5 p.m. during the week; there are no Saturday hours.

On the web visit: https://berkeleycountysc.gov/dept/elections/

On the web visit: https://www.dorchestercountysc.gov/government/administrative-services/election-commission

Charleston County is using the Charleston county election office as their lone location. The address is 4367 Headquarters Road in North Charleston. Voting is available from 8:30-a.m.-5 p.m. during the week. There are no Saturday hours.

On the web visit: https://vote.charlestoncounty.org/

Other things to know, according to the S.C. Election Commission:
Voters can still cast an absentee ballot by mail, but only if they can’t vote in person early or at the polls June 14. The allowed list for absentee voting includes people with disabilities, those 65 and older, military personnel, and people gone for the entire voting span, for whatever reason.

Applications for an absentee ballot must be returned by June 3. That’s because the deadline to apply for a ballot — for all elections going forward — is 11 days prior to an election, instead of four days.

There is a new limitation on the number of absentee ballots that someone can return in person to their county office. Under the law, a voter can hand-deliver their own and up to five others. Previously, there was no limit. Voters can still return their absentee ballot through the mail without needing an intermediary.

Returning more than five ballots is now a felony crime punishable by up to a $1,000 fine or five years in prison, or both.

The law also newly requires that anyone returning an absentee ballot in person to a county election office — whether the voter, a family member or someone else the voter authorizes — show their driver’s license or other form of allowed identification, such as a passport. That syncs up ID requirements for people returning absentee ballots to those voting early or at the polls on election day.

Voters must still get a witness to sign the outer envelope of an absentee ballot. It can be anyone 18 or older. Nothing changes with that for the primary.

Starting with the November elections, however, witnesses to the voter’s oath must additionally print their name.